How to Stunt the Growth of Cataracts

A cataract is often found in the eye of an aging person. It is caused when the lens inside the eye begins to cloud, leading to a decrease in vision making it more difficult to see clearly, or distinguish items in the filed of vision. If left untreated, they can ultimately cause an individual to go blind in the eye which is affected; however, they are routinely removed through surgery. While there is no proven way to prevent cataracts from forming, in this guide to cataracts, we will discuss some ways in which their development can be stunted.

Certain habits of lifestyle can either aid in the development of cataracts, or help to slow down their development. Smoking, besides all of the other health complications it causes, has been shown to lead to the quicker development of cataracts. Decreasing the amount of exposure your eyes receive to the harmful UV rays of the sun also is a good idea. This can be accomplished through the wearing of sunglasses or hats with a brim to block out the sun. Tanning booths and sunlamps should not be used, nor should steroid medication be consumed. 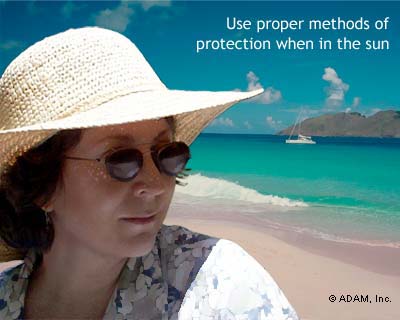 Diet also has a big part to play, not only in the overall health of an individual but, specifically in the development of cataracts. A diet that is full of colorful fruits and vegetables ensures that your body is receiving its daily amount of necessary vitamins and minerals needed to keep the body functioning full steam. Fruits and vegetables are rich in antioxidants, which have been shown in studies to be related to a reduced risk of developing cataracts. However, isolating the antioxidant in a pill form does not have the same effect and thus should not be used as a substitute for eating the actual fruits and vegetables.

Foods which you should focus on eating should be rich in antioxidants, vitamin B, C and E. You should also decrease the amount of foods you intake which have low quality nutrition such as sugary foods, sodas or sugary drinks, and refined white flours. There is no single antioxidant, and thus a multiplicity of vegetables and fruits should be eaten to get the necessary amounts of vitamin C, E, lutein and beta-carotene, to name a few. Good sources of these antioxidants include blueberries, kidney beans, cranberries, artichokes, apples, pecans, cherries, black beans, plums and strawberries. Other great foods to eat include kale, pumpkin, asparagus, okra, peanuts, flax-seed, avocados, salmon, mushrooms and eggs. One study has shown that taking a daily does of 320 mg of the natural remedy bilberry stopped the progression of cataracts completely in 97% of the participants.

Cataracts cause changes in the perception of color and also a reduction of brightness of the vision. If you find yourself having vision which is reduced in acuity and can be described as blurry, hazy, cloudy or foggy then you may want to get your vision checked out by a doctor to see if you have developed a cataract.